"Black Millennium" is the historical fiction novel detailing the epic saga of Macandal, the revolutionary slave who was raised by a
hidden tribe living deep in the Congo in the 1730's. Macandal could read, write and speak Arabic fluently. He was also a masterful artist,
musician, sculpter and healer, understanding the medicinal uses for hundreds of plants. He was probably raised with a knowledge of Islam
and also understood Christianity because the Congo had undergone conversion for hundreds of years. He was finally captured at the age
of 12, around the year 1740, and taken by ship to the French colony of St. Domingue, now Haiti. He became a doctor and was masterful
at healing the rich French landowners and slaves. He became known for his wit and charisma, buoying fellow slaves with stories from history.
In secret Macandal learned French and was able to speak the language so expertly that French aristocrats were outraged, thinking he had too
much freedom, since education was strictly forbidden for slaves. Faced with torture and execution for falling in love with a beautiful house
slave, Macandal mysteriously escaped his bonds. Macandal fled to join the Maroons and organize a revolution to liberate the colony.
Macandal was brilliant in his tactics to organize both Maroons and slaves. John Cain is the ruthless mercenary from London whose exploits
brought him face to face with "The Black Messiah." The story is based on the facts of Macandal's life and history. The astounding conclusion is
based on facts. Macandal prophecied that colonialism would end and all black slaves worldwide would become free. Read how it happened.
PURCHASE E-BOOK AND RECEIVE PBS DOCUMENTARY FREE! 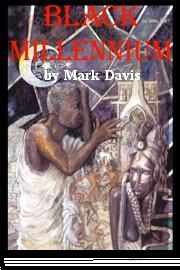 350 pages in e-book format (WINDOWS ONLY)
ONLY $4.95 TOTAL including 1-hour documentary.
(NOT SHIPPED VIA MAIL)

5. To view documentary go to "Table of Contents" within your e-book.

For Macintosh Users: This e-book software works for Windows 98/ME/NT/2K and XP systems. HOWEVER, you can still run it on a Mac if you have 3rd party software installed that can emulate the Windows environment. GuestPC (http://www.lismoresystems.com) is an inexpensive emulator which can be purchased online and downloaded. Microsoft also has a product called VirtualPC (http://www.microsoft.com/virtualpc/). Either will allow you to install almost any version of Windows, provided it's Windows 98 or later, and you will be able to benefit from all of eBookGold's features.

IMPORTANT NOTE:
Some firewalls prevent operation of e-book downloads so please make sure your firewall is disabled* before opening your e-book.
E-Book is for one computer only. To limit piracy it cannot be copied or forwarded. It can be printed by the purchaser.
Please let us know any of your comments or questions. email; info@macandal.org -- www.macandal.org

*It is completely safe to disable firewalls before opening your e-book or the free sample. It simply allows the software makerebookgold to verify the e-book is a valid and licensed copy that has been purchased from the original author.